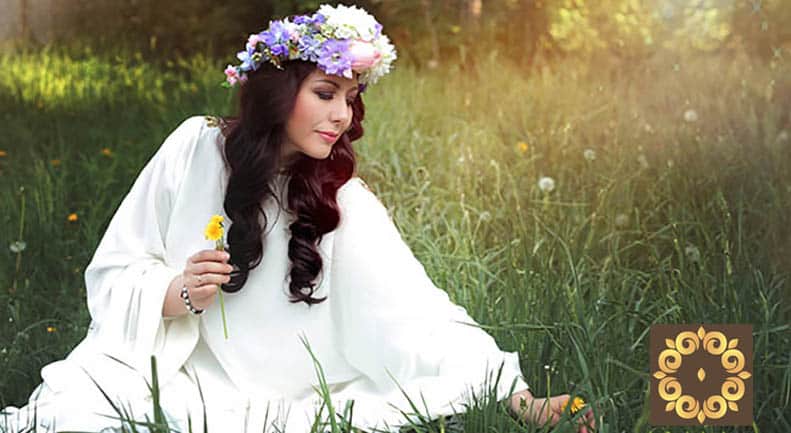 Zhannabelle on the Miracles of Astral Surgery

The Spirits Have Called for Help

Life has put many different situations before me. This story happened about a year ago. I was just walking on the beach in a Place of Power. I was tuning into the Spirits of the sea and communicating with them. Then I heard a drawn out cry. I couldn’t figure out at first where it was coming from. But something called me. It was the Spirits. Helper-spirits that were asking me to pay attention to something. We are people of Knowledge. People who see and hear the world of Spirits. I, Zhannabelle, am such a person. At that moment, I started moving in the right direction.

There was an abandoned 9-story building on the beach. About 15 years ago they started building an apartment building here, but then stopped and left it unfinished. Local boys used the construction as a place to test their bravery. They would climb up to the 9th floor and climb down a rope from there. One boy, trying to prove that he was fearless, had climbed the building. I approached the construction when he was already at the 6th floor. Something froze in me, the feeling that comes when you know there’s trouble. The air around us became dense and it suddenly became dark. But only I felt this. I immediately understood that the Spirits had called me. I, Zhannabelle, needed to stop a tragedy from happening. I ran up to the rope and started calling up to him, telling him to get down. But the boy didn’t pay any attention to me. Five of his friends were standing below on the ground and telling him to keep climbing higher.

He almost reached the 8th floor, but then stopped and for some reason hesitantly looked down. It looked like he was regretting his decision to climb up and wanted to come back down. His friends became quiet and looked at him. He hesitated for a moment and then reached up with the intention to climb to the top. All of the sudden, I felt as though I was struck by lightening. The Spirits were calling me. And at that moment the rope broke off its anchoring point. He started falling and everything got quiet. I saw it as though it was a slow-motion video. I couldn’t watch. The only thing I could do was to break his fall. I mentally created an energetic pillow under his falling body and focused all of my energy on his weight. The boys jumped out of the way and his body fell to the ground. We all ran to him, but he was unconscious.

Picking Up the Pieces

His friends immediately called an ambulance, but I knew that it wouldn’t get there in time. I sat next to him and started feeling his motionless body. I could feel broken bones and bruised limbs. His skull was fractured and his spine was shattered. He had minutes to live. The energetic pillow had broken his fall, but he had fallen from such a great height! The 8th floor! No one can survive this.

The boys were standing off to the side in complete shock. They had never seen anything like that and didn’t know what to do. I wasn’t ready to give up. The Spirits wouldn’t have called me if there wasn’t hope. I possess knowledge about astral surgery, I am a healer, so I focused all of my attention on his injuries. Carefully, I started to repair his broken bones, his spine and skull. I put all of my energy into this and I felt very drained. I lost feeling of my body, but just continued to perform the energetic surgery on his lifeless body, trying to breath life back into it.

I felt foggy, but I noticed the ambulance come. The doctors approached us with a stretcher. So much time had passed that the medics weren’t hurrying to reach us, because technically he should have been dead already. But they didn’t know that I, Zhannabelle, am a healer. I did everything that I could do and was ready to hand his body over to the medics. Suddenly, the boy’s body slightly moved in my arms and he moaned.

We were all in shock. The medics started examining him and measuring his pulse. I stepped aside. They saw all of the injuries, bruises and cuts and the pool of blood under his head. They carefully examined his skull and didn’t find any fracture. Their faces expressed bewilderment. They started looking at the boys as if thinking that they had played a trick on them. One of the doctors said “Why would you do this, boys? Why did you lie and say he fell from the 8th floor?” Five of the boys ran up to the doctors and started telling them that it was the truth. They were gesticulating with fervor, pointing at the boy and the rope. Then they pointed at me and said that I had saved him and was a healer. They told them that the boy’s body had sustained multiple injuries but now it looked like he was okay.

The doctors looked at the boy with disbelief. They continued to take his pulse and examine his body. Then they put him on the stretcher and carried him to the ambulance. I smiled and with joy in my heart looked on as the boy was lifted into the ambulance. Then I started to walk away.

I felt as if a weight had been lifted off of my heart. I was full of joy and felt light. I helped him. I saved a young life. I listened to the call of the Spirits and was grateful to them for their help. I was even more grateful to my teachers who had taught me the skills to perform astral surgery and had convinced me to believe in its Power and not to hesitate to use it in situations like this. They had convinced me that I was a healer, which meant I could save lives.

As I was walking away, I head one of the doctors say “It’s impossible that he sustained so little injuries. It’s impossible to survive such a fall. It’s a miracle. He’s so lucky. He’ll live.” That’s when I understood that astral surgery could really do miracles. For people who don’t understand it, it may seem like it was magic, but for people who have the Knowledge, this is just standard practice.

I walked along the beach and the soft waves shared their Power with me as they broke upon the shore. The Spirits restored my energy reserves that I had depleted and my heart was full of quiet happiness.

practices to be healthy

Water is the best substance in the universe that can store and transmit information.

Detox of the body by the sacral method “Shank Prakshalan” – or how to eat less and have more energy?

"The Praxalan Shank is a way to clean the body from toxins and parasites so that you can eat less and have more power and energy. 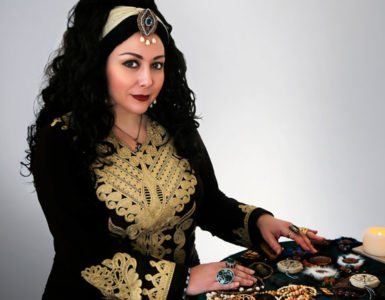 Amulets and talismans can help on the way to the cherished goal. It is better if a special spiritual person such as Zhannabelle helps you make this choice.