Everyone wants to be successful, healthy, and happy. But few people know that amulets and talismans can help on the way to the cherished goal. Of course, they are made individually and often “choose” their owner. It is better if a special spiritual person such as Zhannabelle helps you make this choice. It will save you from making serious mistakes.

Unique objects with a special meaning

Every family had amulets and talismans many centuries ago. They were regarded and kept in a special way, passed from generation to generation. They did not make any important affair without any amulet. They did not go on a trip or marry without a periapt. They helped warriors avoid the bullets and return alive from war. Unfortunately, this tradition is almost completely forgotten these days.

Zhannabelle says it’s one of the reasons of the misunderstanding between generations, the breakdown of the family’s ties. Thus u why marriage fail, people dither and can not fine their place in life. Children no longer appreciate or respect their parents’ experience. But they cannot find a worthy replacement for the support of the lineage. They are sensible to bad habits; they suffer from loneliness and depression. It is not surprising because the subtle energy connection of generations, transmitted through talismans, real family relics, is also lost.

People no longer ask for help from the Higher Powers, seated in amulets and amulets. But are ready to barber way their souls for fashionable trinkets. Zhannabelle anxiously speaks of this feature: such soulless objects and jewelry carry destructive energy.

They are produced in high volume. They do not contain any soul, knowledge or sacred experience.

They are ordinary jewelry! They also offer us protection from bewitchment, amulets to attract wealth, which can be purchased on the Internet or in a shop. Needless to say that, at least, they do not help.

Such fashionable objects of power can harm their owner and even their entire lineage, because you do not know who made them. Perhaps it was a charlatan who did not know how to handle the amulets, or even a black magician.

Not all souvenirs are equally safe!

You bought an overhyped amulet. Don’t count on the help that the ad promised. There’s no value, no powerful energy in this object. If you buy an amulet or periapt from a stranger, you can hurt your health and even put your life in danger. It especially concerns antiques and cult objects of other religions: evil objects, dream catchers, figurines, various symbols.

During her classes Zhannabelle warns everyone to be especially careful when travelling abroad.

Do not buy souvenirs at flea markets, from local witches and healers.

You should think very well before buying a talisman “for luck” even at the souvenir shop. Such things can change your fate and lifestyle of the whole family dramatically. No one can guarantee that they will bring positive changes.

“Who doesn’t bring souvenirs from holiday? I always give something to my family, friends and even small souvenirs to my colleagues. This time, I could not resist and went to the souvenir shop on my last day of holiday in India. A small room was filled with shining trinkets. I didn’t know where to look first. Then a seller speaking bad English offered me an extremely beautiful figurine, gilded and inlaid with gems. I could not resist!

I put the souvenir to the most honorable place on the mantelpiece next to the family photos at home. And then something strange started to happen. Our house was attacked by insects. Even the special services that came three times were unable to oust them. Our dog, Chuck, everybody’ favorite golden retriever, disappeared the same week.

A small summer additional building, where we had tea in the summer, collapsed a little later. Everyone miraculously survived, but my husband ended up in the hospital with a serious injury.

I could not understand how much misfortune one can have! But the worst was ahead. My eldest son, who played football, started having his legs failing him! I was terribly angry at first. I thought my son was pretending not to go to school. But when he almost crawled to the toilet, we had to have an urgent medical examination.

Doctors had nothing to say: his tests were fine, his bones and joints were intact. I didn’t know what to do. The house, the family collapsed just before my eyes. I invited Zhannabelle to our house on my sister’s advice. It’s a real miracle that she agreed to help personally! Zhannabelle realized right away that we were all under the influence of very strong black magic.

She immediately approached the mantelpiece without any delay and strictly told me to remove the Indian souvenir not only from the house, but also far away from the city and even the country.

The lovely figurine was full of the dark energy of the world of the dead. It was drawing energy out of the house and family members, taking them away. Zhannabelle had to perform some complex cleansing rituals for us and our house. She also made a special amulet for our family to protect us from all possible misfortunes.

You can not imagine how happy I was when my son got back on his feet just the next day. My husband was also actively recovering. Strange insects disappeared from home as if they had never appeared. And the missing Chuck returned home.

Now I always warn all travel enthusiasts and those who love objects with history: it is very dangerous to buy such things and bring them into your house!”

Your home is your castle

The right talismans can protect against the negative, bad people and tragic situations not only their owners, but also the whole family. Everything depends on the power of a talisman.

Zhannabelle says it is certainly worth buying an amulet if there is negative energy in the house. Here are some signs of its impact on the family:

Observe your feelings and appreciate how often the abovementioned things happen. If there are several coincidences, you need Zhannabelle’s professional help. This may include energy purification of the house, special rituals, buying of talismans and amulets.

Zhannabelle provides the rules for selecting talismans and amulets

It is not easy to find your talisman because it’s a special and unique thing. Properly chosen it can change your life dramatically: help in recovery, accelerate the achievement of goals, and attract the right situations and people to your destiny. It is also important to know who owned the object of power before you. What if it was a person with bad energy or destiny?

That’s why Zhannabelle always strongly recommends purchasing amulets from the professionals of their craft – hereditary shamans. The real talisman is unique, created especially for you. The shaman charges it with the help of special rituals, instills an assistant spirit into the object of power. It will protect and defend your loved ones, promote success in various affairs and life tasks.

It is quite difficult to make such a periapt: you need special knowledge, energy, and strength.

Its owner should always wear this amulet with him. It is better to wear it under the clothes and not to show anyone. You can also put it in your purse or your car.

Zhannabelle always gives the best opportunity to her students at her seminars: it is right when the amulet and its owner choose each other. If the object of power is yours, you will literally feel it. It can attract you, magnify you, start to vibrate, emit light or warmth that only you will notice. It’s good to find your amulet at one of the Places of Power.

Of course, it’s not always possible to go for a retreat to the Place of Power. But you can choose the object of power online! Yes, Zhannabelle gives such a unique chance to all her students! Write to her!

Such protection will be the most powerful, helping not only the owner, but also their family members.

“I rarely travel. But I decided to go for a retreat with a friend to a Place of Power before my wedding. That’s where I found my talisman. It attracted me. Small and sparkling, it shone in the sun and emitted some special warmth. When I took it in my hand, I never parted with it again.

A couple of days later, as usual, I was in my office at work.

Suddenly, the pendant, the talisman hanging around my neck, started trembling and became hot.

There was an image of my fiancé and a car rushing towards him before my eyes. It was very scary! It took my breath away. I held the amulet in my fist tight and pressed it against my chest. Everything was gone a few minutes later.

I was rushing home without looking at the road. My loved one was fine. He didn’t want to bother me with it. He wanted to hide everything, because he stayed completely unharmed. Even the car wasn’t damaged. There was a huge red van (like in my vision) rushing directly onto him on the narrow road. By a miracle he managed to avoid the collision at a distance less than a centimeter from the van. My fiancé said that he did not understand how it all happened. It was just a miracle!

My amulet is our family heirloom now.”

What properties has a real amulet

You’d be surprised to learn that talismans can disappear. And that’s not a bad sign, you shouldn’t be scared. If the object of power disappeared, it means that its mission is completed at this stage, that the periapt has fulfilled its mission.

But if you suddenly need the help of the Higher Powers, the amulet will appear in your life again (and often in the most unexpected way!).

Zhannabelle often tells similar stories that her students share with her with pleasure. Finding a real unique amulet at the Place of Power, saturated with the most powerful energy, is a real luck and a gift. The shaman will bless you and tell you how to properly wear and care of the amulet. Such an object will become a real amulet. It will help to fulfill your  most cherished desires and protect from obstacles on the way to the goal, from troubles and evil people.

Zhannabelle always says that a real amulet is able to spiritualize its owner. With its help, a person becomes wiser, more tolerant, and stronger, learns to be persistent and find solutions in the most difficult issues. The person manages to find their calling, earn respect and authority in their sphere, build harmonious relations with others and find personal happiness.

Do you want to find a reliable assistant and protector in the form of an individual periapt? Contact Zhannabelle right now! 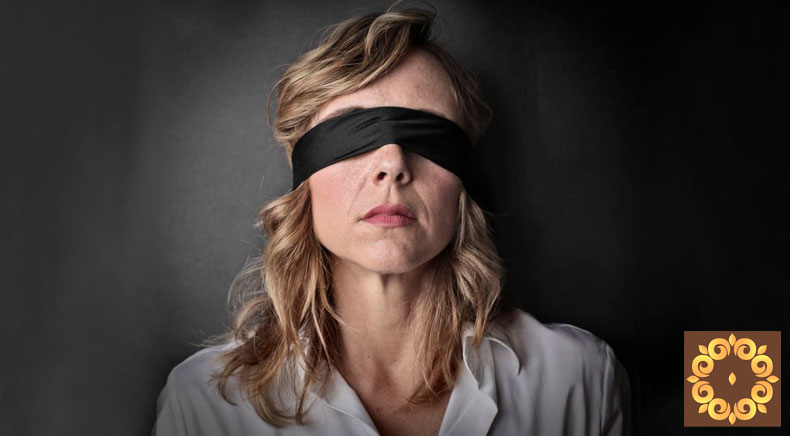 A story of a miraculous recovery of sight

A terrible story with a happy ending  The most fragile thing in the world is human life. Especially if it is threatened larvae – the evil, terrible essence of the Lower World. They can do a lot of things... 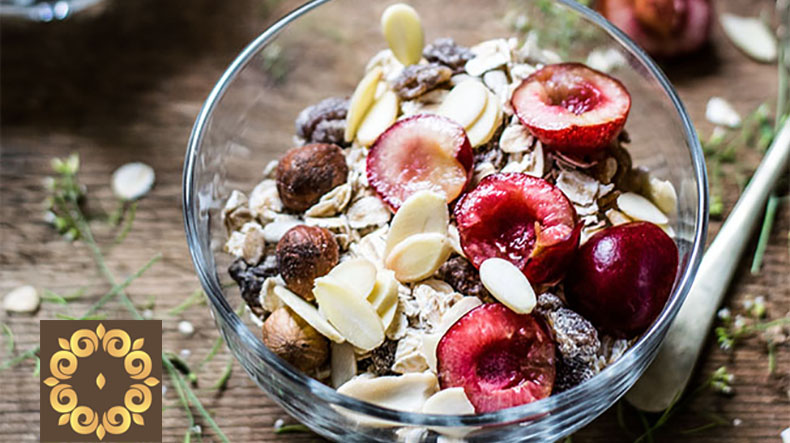 5 products that cause ageing

What you should remove from your diet Ageing is a natural process. However, it turns out that some common products can accelerate the fading of your beauty and youthfulness. We will try to find out what you should not...

How do you become happy?

What is happiness? Why does a woman often feel unhappy? My dear, in this article I will try to help you a little and tell you how to become happy.