Detox of the body by the sacral method “Shank Prakshalan” – or how to eat less and have more energy?

“The Praxalan Shank is a way to clean the body from toxins and parasites so that you can eat less and have more power and energy.

The ancient sages used the “Shank Prakshalana” sacral technique – a procedure for cleansing the intestines, the longest human organ (length 1.5 – 2.0 meters), which over the years accumulates toxins and parasites that poison the body and mind.

The “Shank Prakshalana” procedure is the use of salt water, alternating with the performance of special physical exercises that open the intestinal sphincters.

Water passes quickly but is not absorbed into the body, rinse out the intestines and exercises massage it, thus improving their cleaning.

As a result of cleaning, intoxication of the body stops, the intestinal absorption capacity significantly improves, while craving for food decreasing. As a result, a person reduces the amount of food taken, feels lightness, an increase in energy, improved stamina, performance and productivity.

An important effect is that a person for a long time stops the desire to contaminate his body with “unwholesome” food.

To improve the healing effects of “Shank Prakshalana”, bowel cleansing is combined with a course of antiparasitic cleaning.

A mixture of natural substances “Troychatka”: wormwood, tansy and cloves.

The mixture is used in preparation for “Shank Prakshalana” and then the infusion is added to salt water during the procedure.

The “Triplet” is used to cleanse the intestines from parasites at various stages of their development (eggs, larvae, sexually mature individuals). Wormwood, tansy and clove have a wide spectrum of action and destroy such parasites as: round and ribbon worms, giardia, hepatic flu, flukes, fasciola, herpes viruses, candida, trichomonas, chlamydia.

– Wormwood – strengthens the immune system, cleanses the body of parasites, has a strong anthelmintic effect, has a beneficial effect on secretory function regulates the gastrointestinal and digestive tract, normalizes the secretion of gastric juice and bile, restores intestinal microflora.

– Tansy – extremely beneficial effect on the liver and biliary tract, moreover, have immunomodulatory effect, has a strong anthelmintic, antibacterial and anti-inflammatory effect.

– Cloves – stimulates the immune system and elimination of parasites, has an antiseptic effect, eliminates digestive disorders, has a wide range of effects on opportunistic fungi, pathogens and viruses.

The course of antiparasitic cleaning is completed within 3 days after the “Shank Prakshalana” procedure, since the remaining parasites, their eggs and larvae are easily accessible for destruction in the cleaned intestine.

As a result of the cleansing all body functions are improve, immunity increases, gastrointestinal tract and all internal organs work better, chronic fatigue, weakness, laziness and unwillingness to do anything go away.

The best time for a procedure is a weekend morning. The procedure is performed on an empty stomach and, as practice shows, takes 45-90 minutes. To prepare the saline solution you need drinking water of 35-40 degrees (ideally up to 36.6 degrees) and salt at the rate of 5-6 grams per liter (a small tablespoon without a slide – this amount corresponds to the approximate concentration of salt in human blood plasma). If the water is not salted, it will be absorbed through the mucous membranes of the gastrointestinal tract and excreted as urine, but the task is different.

The technique of the procedure is as follows: drink a glass of salt water, after which immediately perform a set of exercises. Then the second glass – we perform a set of exercises. As a rule, after the 6th glass of water and the complex, you will run to the toilet :). The principle of the procedure is that with the exercises you push water from the stomach through the digestive tract until you exit it. The first “evacuation” occurs without problems and does not take long to wait, and if it does- it is necessary to immediately perform only a set of exercises again.

Note: If the expected result does not happen, it is a consequence of the intestinal “hyper-accumulation”.  Water is not worth drinking water in addition. In this case “evacuation” will provoke a small enema. After this, the procedure should be continued. If the irritation of the “evacuator” arises from salt, you should use a cream or vegetable oil.

Then we return to the starting position and continue to consistently drink water and perform the complex in succession. After each call – you should go to the toilet for “evacuation”. The procedure is performed until the “evacuated” water is clean enough. As you understand, the amount of water you drink is individual and depends on the degree of contamination of the intestine.

According to tradition, after you need to drink 3 glasses of unsalted water and hold  a Vaman-Dhougi (to induce vomiting) which according to the Vedic description of the procedure will stop the process.

For the procedure four exercises are used, each of which is performed 8 times (4 times in each direction):

1. Stand straight, feet shoulder-width apart, hands into the lock at the top – we tilt left and right with a second delay in the lower positions (4 times in each side). At each tilt, part of the stomach water penetrates the duodenum;

2. Stand straight, feet shoulder-width apart, extend the right hand horizontally, bend the left hand and place the palm on the right collarbone – make turns to the left and right, directing the extended hand back as far as possible, look at the tips of your fingers, do not linger in the extreme position – perform continuously. During this exercise, water is pushed into small intestine.

3. we lie down on the stomach and go up in the position of “snake”: palms and toes touch the floor (feet at a distance of 30 cm from each other – it’s important!), hips remain above the ground, hands are pushed away, we look forward – we make turns of the head and torso until we can see the opposite heel (look at the left heel over the right shoulder). In the extreme position we do not delay – we do the other way. We do it 4 times in each direction. This exercise promotes the water in the small intestine.

4. Squat, place your feet at 30 cm, socks together – the heels apart. We lower the left knee to the floor with a left turn of the body (look around, clutching the right knee to the right part of the abdomen). We step on each knee 8 times in turn (4 in each direction). And it is important to start this exercise by lowering the left knee and squeezing the right side of the abdomen. Thus, we pass water through the colon to the exit :).

When it enters an empty stomach, water does not linger in it, but penetrates directly into the intestine. If, after several glasses, an overcrowded stomach is felt, i.e. water does not pass properly – it is necessary to do several cycles of exercises in a row without drinking water between them.

When you are satisfied with the result, that is, when the leaving you is clean enough, complete the procedure as follows. After drinking 2-3 glasses of unsalted water, cause vomiting by tickling the tongue base with two fingers. This will turn off the siphon and empty the stomach.

As for the food afterwards, it is necessary to observe the following: eat not earlier than 10 minutes after the procedure and not later than an hour. The digestive tract can only be left empty when Shank Prakshalana is used as an entrance to the therapeutic fasting. The first meal is rice cooked on water (even boiled) with 20-40 grams of butter (or better, melted butter GHI). Rice can be replaced with oatmeal on water with butter. Further, within 24 hours after the procedure all dairy products and bread are prohibited. Recommended only boiled, stewed vegetables, porridges, herbal infusions and clean water. All this contributes to the revival of normal microflora of the gastrointestinal tract.

After 10-15 minutes of relaxation meditation to the music of transformation. We can help you pick it up from your numerological code.

Parasites are evil spirits (larvae, spirits of trauma), which already have their own energy structure and materialized on the physical level, have physical bodies. For such energetic purification and energy cleansing is important not only the practice of Shank Prakshalan, but also deeper purification – shamanic protective rituals.

For healthPractices and ritualsZhannabelle’s tips

Four magic baths to prepare for the New Year

There is very little time left until the New Year, so it is very important to start preparing for it now. The mentor will tell you about the magical baths and real elixirs of youth in detail. 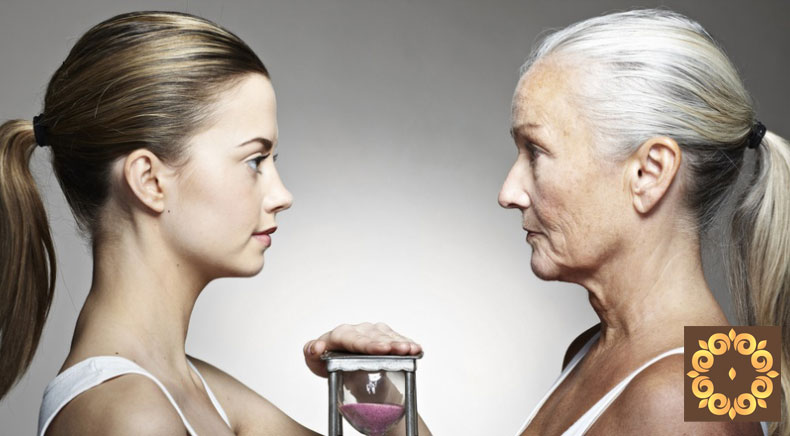 How to Stay Young?

When you’re 20, you don’t have to do any efforts to stay healthy: youth is more efficient than any care or decorative cosmetics. But how to keep your face and body young when you’re 30? Remember the things on no account...

The importance of the lineage womb cleansing. How to do it?

Through the womb a woman receives powerful energy of her lineage. A woman should preserve her beauty and purity. This is what Zhannabelle teaches at her classes.