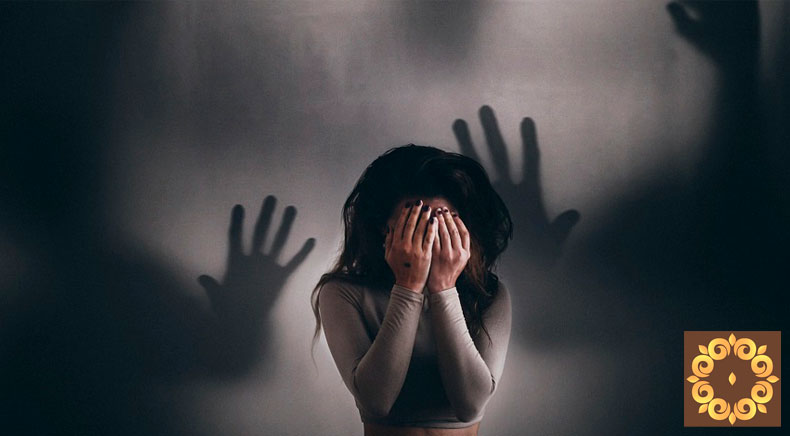 How Zhannabelle saved her student’s life

Hereditary white magician Zhannabelle is often asked questions about evil entities, the spirits of the Lower World and demonic larvas. Can we protect ourselves from them? Zhannabelle sees and corrects auras, she helped her students to get rid of larvae more than once.

How to defeat a larva?

“Are there larvae in me?” – the most frequent question people ask at individual consultations and seminars of Zhannabelle. Everyone hopes deep inside that the hereditary white magician will not see the evil entities devouring body and soul in their bodies. However, there is no clear answer to this question, and here is why.

The nature of the human soul is very complex and multifaceted. There are no impeccably pure people who never had bad thoughts.

Offence, anger and frustration, disappointment, envy and other negative emotions – all these are larvae and the manifestation of evil entities.

Someone copes with them independently, thanks to meditations, communication with wise mentors and shamans. And someone has been suffering for years from headaches and heart pains, turning to doctors all the time, not getting out of debt holes and suffering in family relations, not even guessing that inside they are devoured and enslaved by larvae.

The story Zhannabelle told us happened a few years ago. However, it clearly shows how powerful the larvae are and what they can do to get valuable human energy. 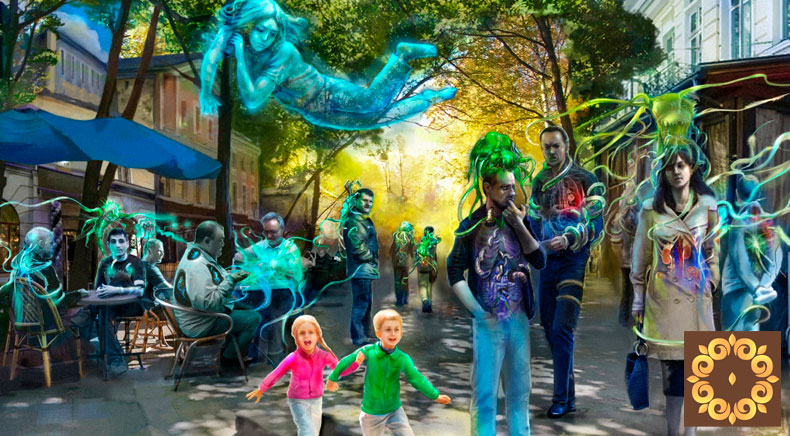 Three years of silence and inactivity…

“My daughter needs help! I beg you, Zhannabelle, do something! You are my last hope,” a tired and arrogant woman came to Zhannabelle and cried quietly with helplessness. For three years, her 42-year-old daughter was lying in bed and not getting up. All those whom her mother turned to, could not help her.

Then Zhannabelle did not know what she would face yet. Such strong larvae are rarely found, but they are more terrible …

Zhannabelle offered to carry out a diagnostic with her mother and daughter via Skype. Of course, it was not the best solution, because it is important to have the person present at the meeting. But the woman (her name was Karen) was asking so much that Zhannabelle decided to try.

They agreed on a time to Skype and that Karen would bring the camera as close as possible to her daughter’s face.

When Zhannabelle saw Karen’s daughter, Lillian, she was terrified. The larvae enslaved her body and soul completely. She was so exhausted physically and emotionally that she wasn’t even strong enough to talk.

Zhannabelle had a living corpse in front of her…

When the hereditary white magician learned the story of Lillian, she understood the source of the problems immediately and why the larvae captured her so easily.

Before the tragedy, the woman lived a happy life. A successful joint business with her husband, three charming children, a big apartment. Things were going well and nothing foretold a bloody tragedy.

One day Lillian returned home earlier than usual. The house was surprisingly quiet…

The woman was so amazed and shocked by what she saw that she shouted.

Everything mixed in her scream: the pain of a broken heart, and disappointment, and a sense of helplessness … She did not expect betrayal from the closest and beloved person.

Suddenly her husband changed his face and jumped out of bed. Seeing nothing in front of him and unaware of his actions, he attacked his wife. At that moment, his mind was seized by the larvae.

He seemed to be obsessed. He grabbed Lillian and started beating her head against the door. He hit more than once or twice… It lasted a quarter of an hour… When it was over, Lillian was all beaten up. Her face looked like a bloody mess… 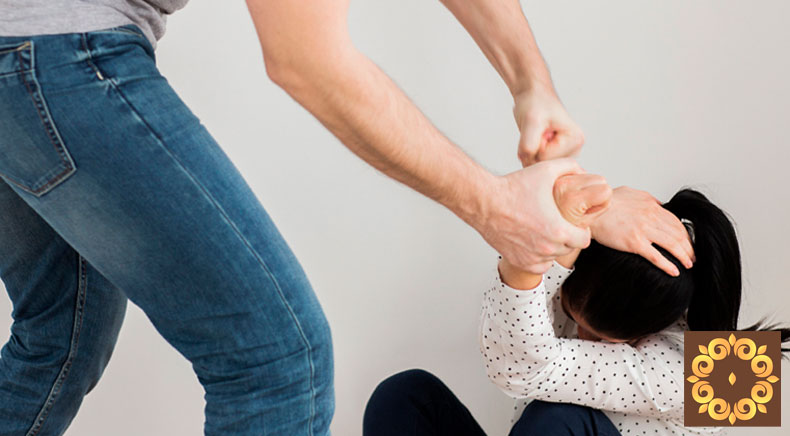 She just fell down the stairs…

That’s what Lillian’s husband told the doctors when he brought her to the hospital. He handed her over to the doctors and disappeared from his wife’s and children’s lives forever. Lillian was not able to refute or prove anything.

But even this was not the worst thing. After several months in the hospital, Lillian returned to an empty house. Her mom took the children, and her husband took everything else. He took not only furniture and appliances, but also cups and spoons.

There was only one advantage in all of this – he couldn’t take Lillian’s house. It was a gift from Lillian’s parents before the marriage and legally belonged only to her.

The business in which the spouses invested their money, spent so much time and effort, was under her husband’s complete control. According to the documents Lillian was no one. The guards were ordered to keep her out of the office and out of production.

Her husband crossed the family out of his life as if there had been no happy marriage, no travel, no holidays. As if there was nothing. The larvae had enslaved his mind completely.

Lillian was psychologically crushed. She simply couldn’t find power to seek help from the lawyers and the police.

We need you, mom!

Help arrived from Karen and friends. There appeared some furniture, things and dishes in the house. Karen helped with the money and tried to breathe into her daughter’s desire to live. But Lillian was falling away to nothing before her very eyes until one day she was able to get out of bed.

It came to the point where she had to put IVs to support her life and take care of Lillian as a bedridden patient.

“We need you, mom! Get up, please,” she did not hear the children’s pleas and requests, and the larvae finally possessed her mind and body.

It was then that Karen began to look for a way to bring her daughter back to life. Clinics, doctors, psychologists, massages, oriental practices, psychics – nothing helped. Lillian did not come up from bed.

Zhannabelle was the last hope to save a woman’s life…

Three days left  or it will be too late

The issue of saving Lillian was a critical one. If nothing changes in the next two weeks, the larvae will swallow her completely. The woman was dying… Zhannabelle asked Karen to make a decision within three days and tune in to the difficult energy work.

All night long, Karen tried to reach out to her daughter. We don’t know what kind of prayers she was saying, what kind of words she used to persuade Lillian to accept the help of the white magician. But in the morning, Karen called Zhannabelle and said they were ready to start.

Zhannabelle dedicated the first day to the ritual of energy purification.

The larvae resisted, tried to cling even more to the woman’s body, but thanks to the unique gift of the magician they were thrown back into the Lower World.

The previous day Lillian did not want and could not get out of bed, and in the evening she asked for water and sat on the bed. It was a huge step towards recovery. The next morning she got out of bed and asked for food.

The kids were happy: “Mommy, mommy, dear! You got up. You can walk. You came back to us! Karen sneaked tears off her eyes…

Larvae are powerless where there is love

Zhannabelle, of course, knew that there was a lot of work ahead. She gave clear recommendations on what to do and how to do it, what rituals and ceremonies to perform, what Objects of Power they had to get and how to use them. A month later, Lillian finally came back to life.

She met Zhannabelle a few months later in an individual consultation. The white magician performed another purification ritual and took a special talisman off her neck – a powerful protection from larvae and evil spirits. Lillian has never taken it off since then.

A year later, she met a man who proposed her very quickly. Of course, Lillian has not forgotten the terrible betrayal of her ex-husband. She was afraid of a new relationship. However, true love works miracles, it conquers any doubts and fear.

Lillian got married for the second time. And this is an absolutely happy and harmonious marriage!

At one of the seminars, she told Zhannabelle about her ex-husband. They accidentally met in a cafe. It is difficult to describe in words how impressed he was with what he saw.

What about him? He was having his coffee alone. Rapidly aged, scrubby and rumpled. He lost everything. The larvae took away his family, love, happiness and soul…

With this story, Zhannabelle wants to emphasize once again how dangerous evil entities are. If you feel their presence in your life, or the spirits of the Lower world torment some of your relatives and friends, do not wait – immediately seek help from the hereditary white magician Zhannabelle! She is able to prevent trouble! Save someone’s soul or life!

Often it is difficult for us to cope with trouble alone. That’s why it’s so important to be in the circle of understanding people. In our classes and seminars, the tutors create thre Field of Love, mutual understanding and friendliness where everyone feels free and safe. Become a part of the Field of Love at our trainings and retreats.

Fate: can you change it?

I will reveal the ancient secrets of wise men who had been collecting knowledge about the influence of a person on their life and fate for centuries.

In this article Zhannabelle will talk about the mechanisms to preserve happiness, the importance of doing good and how charity changes people.

Read more
About lifePractices and rituals

What does the Day of the Autumn Equinox hold?

The Day of the Autumn Equinox has a special meaning. This energetically powerful day of the year will help to balance any area of your life.