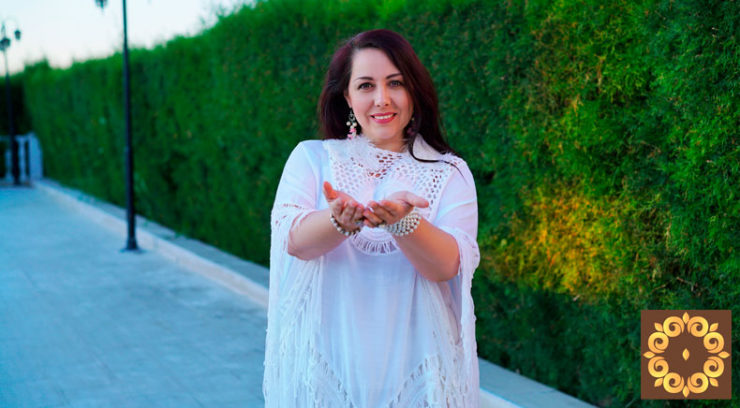 About lifeLove and relationshipsZhannabelle’s tips

What is the danger of the black magic?

A husband, a wife and a lover. What a banal love triangle, you’ll say. Unfortunately, such situation may have terrible consequences. In particular, if Dark Forces and the black magic are involved. The today’s story from the practice of Zhannabelle is about it.

People come to individual consultations of Zhannable in any state. Someone comes hysterical and in tears, others are completely apathetic.  Somebody comes in the state of severe depression. But people usually come themselves. However,  not always.

Once a young woman was brought to Zhannabelle. She was carried on the stretcher. She looked  terrible: her skin was pale and had a bluish tint, her eyes were sunken, with black rings under them. But the most terrible thing was huge, foul and bleeding wounds all over her body and face…

Laura, as the woman was called, started rapidly developing an extreme weakness three months ago. Afterwards the first wound appeared, then the second one. No compresses and ointments helped as wounds were not healed and more of them appeared.

Doctors suggested several schemes of treatment but nothing helped. Doctors even supposed that it was some exotic infection but Laura had never visited  any exotic countries.

Of course, open area of inflammation made her suffer terribly.

Her whole body and face ached and the skin was as torn.

The woman suffered from the terrible pain. She could not walk, she hardly talked. Only IV-s sustained her.

Zhannabelle knew at once that virus has nothing to do with it. She suspected the most terrible thing. Unfortunately, she was right…

To find out the real cause of Laura’s diseased, Zhannabelle immersed her into the deep meditative condition. She read the information about the past and the present life of the patient. And Zhannabelle saw a black larva of envy there.

Laura’s husband, Gustav, was a very wealthy man. Moreover, he had charisma, charm and generosity. That’s why he had always been liked by women. But Gustav had long been faithful to his wife he had known since his school years and whom he had been courting for a long time.

No temptations could force him into putting his family at risk. Moreover, he adored his son and he had always been a good father.

But one day everything changed… There appeared another woman in his life….

Laura found out about his unfaithfulness a few months later. Not because Gustav had been careless. His lover wrote to Laura! She told that things were getting serious between her and Gustav and that he would leave his family some time or other. That she would never let her lover go and Laura  would better accept it. 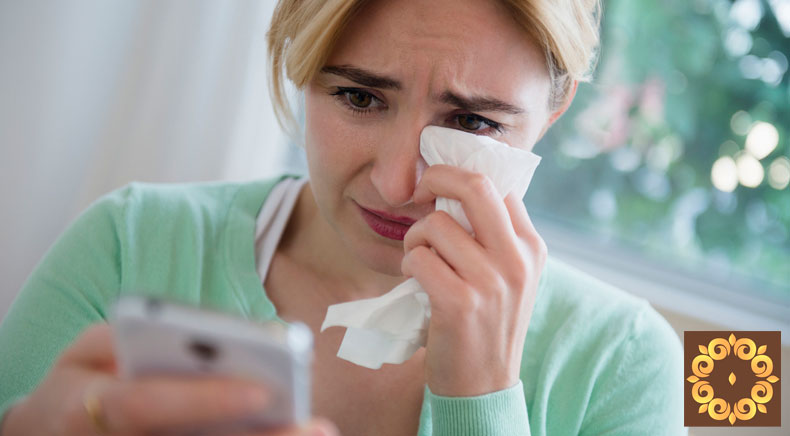 Laura was shocked. She was not able to believe that her husband could do such a thing! She was surprised with his lover’s insolence and threats to break down her family.

This triangle existed for a half of year in the atmosphere of lies, jealousy, fear and insults.

Constant lies of her husband wore Laura down so that she fell into the condition of the extreme apathy verged with depression. It is not clear what the end of this story would be but the lover decided to act!

She came to a black magician to hex Gustav. The black magician helped her and hexed the man. But it was not the end! She made the ritual for the death of Laura… Since that moment the life of three people was finally destroyed…

What is the danger of black magicians?

Their actions can do harm to everybody including the “client” using their services.

Gustav’s mind became literally confused due to the fact that he was attacked by larvae. These evil creatures attack people when they feel their anger and rage, grievance, envy… Gustav felt enormous negative feelings towards his wife. He was hexed by his lover and now he believed that he needed to act in her interests.

The man not only demanded divorce. He even kicked his wife and his young child away from home. She even had no time to take her belongings. When she came home everything was heaped near the door. Attempts to talk and to explain the  situation failed. Larvae confused Gustav’s mind.

In tears, Laura threw something into her bag and went to her parents. Her life was broken. Her heart became empty. Her soul ached and she could not understand what she was going to do.

Of course, one may survive any divorce, even as hard as that one. One can always make a fresh start even if one has found oneself homeless and  without any financial support. But there was also the ritual for death Laura had no clue about.

Larvae started gobbling her body up. Doctors could not help. The woman was doomed to death…

At that moment her parents and friends decided to come to Zhannabelle. Few more days and Laura could die. Luckily, it did not happen…

Zhannabelle directed all her energy and powers at the dying woman: she carried out healing and ancient protective rituals, cleansed her body from  the larva. The ritual for death is very strong and you need the divine gift and assistance of the High Powers.

Zhannabelle had been fighting larvae for several hours. She was tearing them from Laura’s aura and destroyed them. 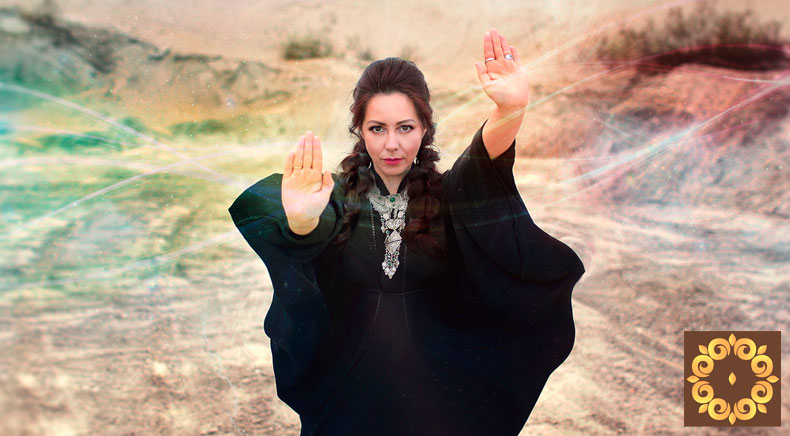 It was the real struggle of the Good and the Evil. And the Good won! At night Laura regained consciousness and could even sit.

But the great power of the ritual made by Zhannabelle was also that it cleansed Gustav from larvae. Next day, he came to Laura, kneeled down and wept for a long time. He said that he did not understand what had happened with him. That it had been some crazy obsession and he had not seen and heard anybody apart from that woman. He was declaring his love nonstop and was shocked when he knew that his mind had been affected by black magic and larvae.

This story has a happy ending. The family reunited. Laura forgave her husband because she knew the real reason for their issues. Unfortunately, their love had not been able to withstand the black magic and powerful larvae.

Thanks to Zhannabelle the woman regained her health. The white witch taught her how to return the gone power of her feminine energy.

The first thing Laura and Gustav did was asking Zhannabelle to make protective elements for their whole family. Then they cancelled all divorce documents and celebrated a beautiful wedding again. They symbolically started the new page of their life.

What about the lover who was happy with her triumph? She gained nothing at the end. The stolen love never brings happiness and the use of the black magic will always turn into the punishment. If not  now then in the life of her descendants.

We are sincerely happy that such terrible stories have a happy ending. It is for this that Zhannabelle holds seminars, individual consultations, group classes for women all over the world. She also organizes group trips to Places of Power. If you have found yourself in a difficult situation, come to Zhannabelle.

Zhannabelle: “Crown is a symbol of ego”

Who should beware of coronavirus? How to save your lineage from the epidemic? Why is it so important to reveal your abilities? Zhannabelle tells us about it.

Zhannabelle talks about the importance of praise

Do you often praise people around you? Zhannabelle believes that we should use praise in our communication every day. Why? Read the article to the end! 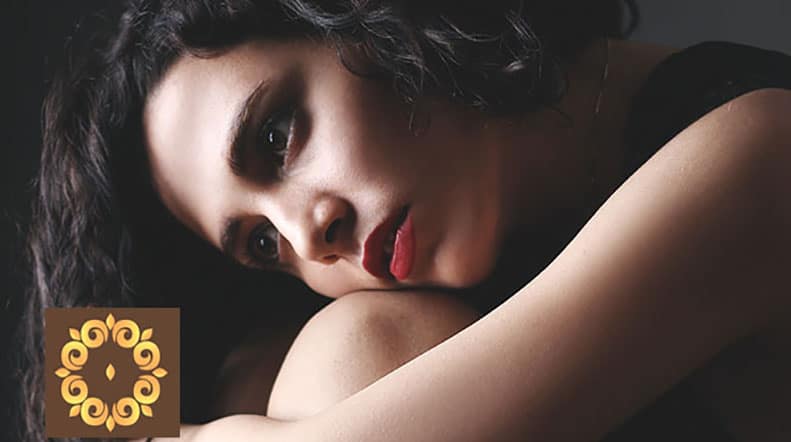 Are You Happy, But People Keep Trying to Bring You Down From the Clouds to Real Life?! Nobody understands me. After a seminar you are ready to overcome any obstacle. You radiate power and happiness. That’s exactly the...